This Is How You Get Your Hygge On, Korean Style 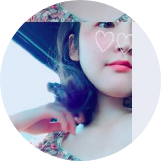 Now that the holidays are over, are you feeling that mid-winter gloom setting in? Don’t despair and take a few tips from the Danish concept of hygge — the art of staying cozy — with a few Korean twists.

Here in Southern California, we have two seasons: summer and winter. I know, I know — some of you northerners and easterners might be rolling your eyes right now: Is it really even winter if there’s not a weekly snowstorm? I get it! But when we’re breaking record high temperatures in the middle of the fall, anything below 75 is absolutely frigid. In any case, no matter where you are, winter brings its own trials and tribulations: the blistering cold, flu outbreaks, a general bleariness. That’s why I’m doing you all a public service duty by bringing you some tips and tricks on how to get hygge — that Danish concept of staying cozy — with a few Korean twists. After all, if anyone knows how to survive a gloomy winter, it’s the Danes — their winters can dip to 22 degrees below zero and they only get 7 hours of sunlight for six months. (And incidentally, Korean winters are no joke either.)

Sip a steaming cup of yuja-cha

There’s nothing like a nice, hot cup of tea when it’s cold out. I’m convinced the very mention of the word yields positivity. After all, who among us hasn’t yet heard about the healing effects of green tea? Well, here’s another one to add to your list: yuja-cha. Made with a combination of sweet honey and the tart citrus yuja fruit, this tea is extra handy to have around during the wintertime. The high vitamin C content boosts your immune system, helping you ward off that nasty annual bout of flu. These healing effects are compounded by the accompanying honey, well-known for its nourishing, antibiotic, and antioxidant properties. In the context of all this, it’s probably not too surprising to hear that this is also a great hangover remedy. (Because, let’s be realistic: Sometimes you just go to one holiday party too many.)

Don’t have any Asian grocery stores around? No worries! Yuja-cha is super easy to make on your own as long as you can find the yuja fruit and Google a recipe. (I mean, you can handle that, right? In case you can’t, here’s Maangchi’s take on the tea.)

Some winter days are so gloomy that all you want to do is stay curled up in bed with a good movie and cry. It sounds counterintuitive, but it can be therapeutic somehow. Lucky for us, Korea makes sure that we’re never at a loss for things to watch. The Beauty Inside is a love story about a man who wakes up in a different body every day, constantly reuniting with the one person who knows his secret: the girl he loves, Yi-soo. Yes, you might cry, and yes, it’s on Netflix.

In the mood for something a little weirder? Try I’m a Cyborg, But That’s OK, directed by Park Chan-wook of Oldboy fame. It’s about, you guessed it, a girl who thinks she’s a cyborg. Afterwards, wallow in the sweet melancholy with this holiday ballad by EXO.

Then recover by listening to some upbeat Christmas songs. This one by Crayon Pop is sure to put a smile on your face (or at least a look of incredulity), but you also can’t go wrong with Wham! or Mariah Carey. (That’s something we can all agree on, regardless of region.)

Get naked & sweat it out

If you really want to make an entire day out of relaxation, why not try the jjimjilbang experience? For those of you unfamiliar with the concept, a jjimjilbang is a Korean spa which is a tad different than American spas, to say the least. Yes, the rumors are true: You do have to get naked. Some of you might be balking at the very thought — how on earth could that be relaxing?! My counterpoint: How could it not be!? Not to be weird, but part of the reason I like going to Korean spas is the complete nonchalance exhibited by the old ladies there. It’s a very liberating, take-me-as-I-am experience. But aside from the infamous nudity and scrubbing sessions, jjimjilbangs have a variety of different areas designed for detoxing and relaxing. There are hot tubs, cold pools, heated salt rooms for napping — some even have snack bars and rooms to karaoke in! You’ll come out feeling like a new person after a day in one of these, even if you don’t get all your dead skin cells sloughed off. (Sorry, too much? No? Then watch it happen to Conan in this hilarious trip to L.A.'s Wi Spa with actor Steven Yeun.)

Even if there aren’t any Korean spas around you, you can still get in on the action in some way or another — a single session in a spa or sauna does wonders in rejuvenating you, trust me.

What does your perfect hygge winter day look like? Let us know in the comments. I’d love to hear from you — and maybe steal some of your ideas to try for myself!