Check out our newest editorials 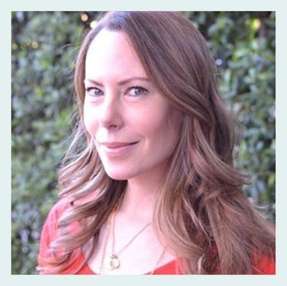 I’ve loved beauty and wellness since I was a little girl and these transformative topics have been significant aspects of my career for many years. Manifest what you love! I’m a three-time published author (feel free to check out my children’s book, No Biggy! - www.nobiggybook.com and I’ve consulted, written, edited, and created content for numerous award-winning, global publications, and multi-media companies including: Women’s Health and Men’s Health Magazines, Los Angeles Times, The Hollywood Reporter, Delta Sky, American Way, Sharp, Robb Report, The Style Network, and E! Entertainment Television. 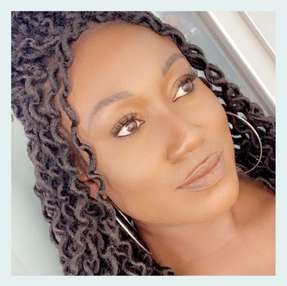 Kelle Salle is a London-based writer and blogger. She writes about beauty for both digital and print outlets. She is the founder of the lifestyle blog Kelle’s Space, a platform that aims to educate and empower millennial women. Kelle loves all things beauty and when she’s not writing, she enjoys traveling, reading, visiting museums, and going to the movies.

Checkout my InstagramCheck out my site 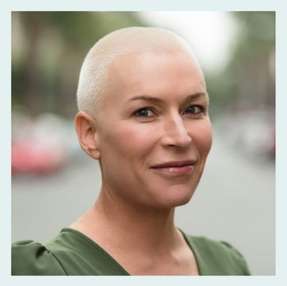 Amanda Fletcher is a writer, editor and coach whose personal focus is recovery and wellness. A prolific travel and freelance feature writer, her work has been published in the Los Angeles Review of Books, the Orange County Register, FAR & WIDE and many more. 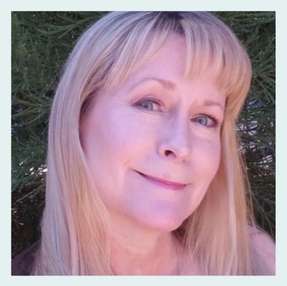 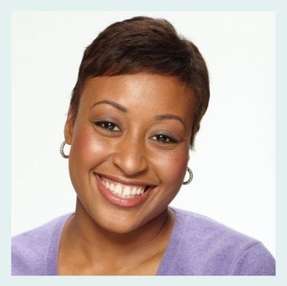 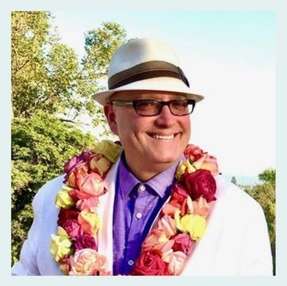 Robert Ell has served as a Talent Executive and Producer in Hollywood for such world-wide media giants as E! Entertainment Television, The Style Network, TV Guide Channel, The Discovery Channel, AOL, NBC/Universal, and more. In addition, Ell has interviewed hundreds of the world’s most famous celebrities including Julia Roberts, Brad Pitt, Celine Dion, Leonardo DiCaprio, Cameron Diaz, Jackie Chan, Harrison Ford, Janet Jackson, Jennifer Aniston, and more. Ell has served on the board of many charitable organizations and has produced charity fundraising events with Elton John, Elizabeth Taylor and others along with serving as a judge for The Miss Teen USA preliminaries. Robert Ell is also the owner and creator of ELLegant Creations LLC , a company that creates vintage-inspired hand glittered greeting cards and novelty gifts. 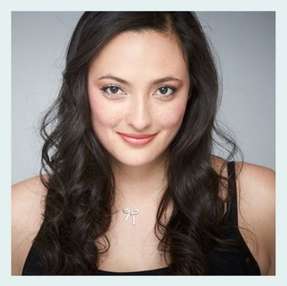 Mariève has been writing about beauty online and in print for over 10 years. Half-Canadian and half-Japanese, she loves that being a freelance beauty writer gives her the opportunity to explore the cosmetics landscape from Montreal all the way to Tokyo. Also on her mind at any given moment: cats, music, figure skating, food, and her next trip to Japan. 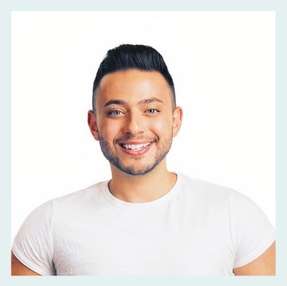 Joey is a writer/editor, TV/radio personality, lifestyle expert, former entertainment publicist and author of Basic Bitchen. He was most recently editor-at-large of CBS Interactive’s Chowhound and his work has also been featured in major outlets like Food & Wine, People, CNET, InStyle, Yahoo!, Travel + Leisure, Lonny, and BuzzFeed. In addition, he is the host of Awesomeness TV’s Dish This and has appeared on Wendy Williams, Entertainment Tonight, CNN, HLN, NBC, CBS, and SiriusXM. Currently based in New York City, in his spare time Joey enjoys volleyball, worshipping Beyonce, fine dining, writing depressing poetry, interior design, and perfecting his stand-up comedy routine. 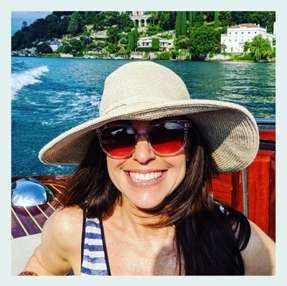 Check out my site 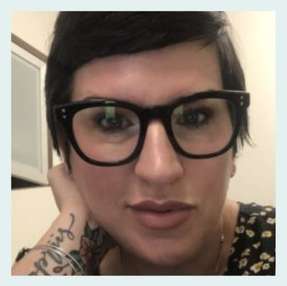 Randi Steele is a freelance writer with a Bachelor’s degree in Fashion Merchandising from Oregon State University and a Master’s degree from University of Southern California in Communication Management. When she isn’t writing for Beautytap, she is developing content for her curated website, blog and accompanying podcast, The Style Adjacent, launching in September 2021. Randi also loves the aesthetic nature of writing, and her modern calligraphy can be found on Instagram. She loves vintage pocketbooks, Nipsey Hussle, a classic red matte lip, college football, and getting tattooed; not necessarily in that order. 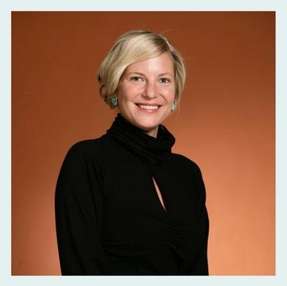 Danica is a writer, editor, optimist, and content creator. She pens about experiences that inspire a life well-lived—beauty, travel, wellness, nature, art, positive vibes. Currently based in Southern California, her work
has been published in COAST, Get Out There, and Utah Style and Design magazines, Orange County Register, KÜHL, and more. “Beauty begins the moment you decide to be yourself.” – Coco Chanel 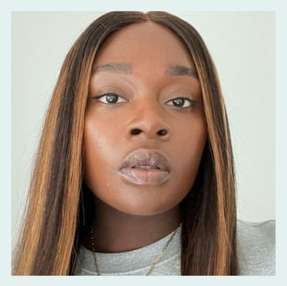 Nateisha Scott is a London-based beauty & lifestyle writer covering emerging trends, product launches, features, and interviews. Her bylines have appeared in Cosmopolitan US, Rose Inc, Who What Wear, The Zoe Report, Byrdie and Popsugar and whilst based in London, is published internationally. Nateisha is also a branded content consultant working with brands on their content strategy. She has a bachelors degree in English Literature and master’s degree in Journalism and when she isn’t absorbed in a new product launch or conducting interviews you can find her creating content for her social channels, reading, or scrolling through online stores finding the forever piece to add to her wardrobe.

Check out my InstagramCheck me out my site 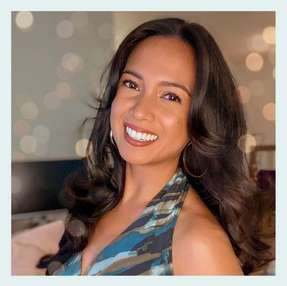 Graciella Krycer is a lifestyle creative known for her blog Dizzy Spangle, which features posts about faith, fashion, beauty, and food.  In 2017, she received a Blogger Recognition Award and was highlighted as one
of Culture Trip's "Las Vegas Fashion Bloggers You Need to Follow.”

In 2020 she was highlighted by Caravan NYC as one of their 50 Content Creators and wrote her first book, “Finding Confidence” that same year. Originally from Michigan, Graciella currently resides in Las Vegas, Nevada with her husband. She enjoys heart-to-heart conversations, finding inspiration in everyday life, and car karaoke. 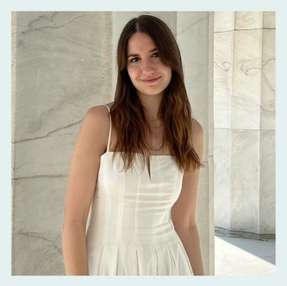 My love of skincare and all things beauty began when I struggled with acne in my high school years. Since then, I have continually learned about ingredients used in our everyday beauty products to ensure I’m using the most natural and sustainable ingredients earth has to offer. I have worked in the fashion industry for several years focusing on social media growth and sustainability in clothing production.

Check out my site 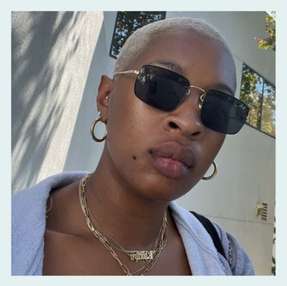 Khortlyn Cole is an LA-based freelance fashion and beauty writer with bylines in StyleCaster, The Hollywood Reporter and The Daily Beast. When not hunched over her laptop, Khortlyn spends her time decoding Taylor Swift's cryptic Instagram posts, binge-reading YA novels and anything Oprah recommends. and working on her Megan Thee Stallion knees.