Inflammation: Everything Your Brain Can Handle & Why You (and Your Skin) Should Care 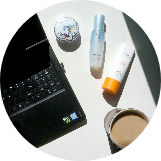 Care about how your skin looks? About maintaining that bouncy, supple glow? About keeping your collagen and elastin around? Then you need to get to know inflammation — in the same way you need to know about those bad boy types so you can stay away from them. Because apparently inflammation is the heartbreaker behind that breakout, those wrinkles, that sagging, that pitted scarring … pretty much everything you don’t want on your face. Here, a deep dive into inflammation and what you can do about it.

What is inflammation? This is a more complex answer than you’d think; while researching inflammation I discovered that there’s the simple version, and then there’s a steep drop-off into medical technobabble so dense and impenetrable that you need a perma-tab opened to a medical dictionary just to wade through it.

The simple version: Inflammation is your body’s reaction to injury or perceived injury. There are two types: acute (you sliced your finger while opening a sheet mask) and chronic (you bathe your skin in radiation from the flaming ball of death in the sky, you live in a dystopian pollution zone, your diet includes sugar and alcohol as core food groups, you’ve got a high-stress low-sleep lifestyle, etc.). It’s the chronic type that causes all sorts of health problems from clogged arteries to accelerated aging.

The symptoms of acute inflammation are more obvious than chronic: redness, swelling, discomfort, and increased heat in the area. Chronic inflammation is more subtle, mostly getting up to shenanigans in your arteries, tissues, and yes, your skin. The noticeable inflammation signs when you have a wound (including our favorite facial squatter, acne) are caused by your body dispatching a posse of white blood cells to throw down with whatever is attacking you.

It turns out, though, that there’s a lot more going on than just white blood cells challenging bacteria in a duel to the death. There’s an entire chain of events called the Inflammatory Cascade, involving warning signals fired off by the injured cells, free radicals, and different types of defenders, and it can’t be stopped once it’s started its call to war. That’s a good thing if there is an unwanted invader, but what if the inflammatory response death squad is being triggered without an acute target to attack?

Putting the flame in “inflamed”: MMPs aka Matrix Metalloproteinases

Prepare yourself for some weird sh—t. It turns out that your body has a very “see a spider, burn down the house” approach to threats; it sends in the MMP enzymes to demo the whole neighborhood and then bulldozes the site and builds anew. Have a bunch of perfectly healthy bystander tissues nearby? Too bad, anything in the blast zone is a goner.

This does make sense, in a ruthless way, when you think about the spread of infection: obliterate everything that could be compromised and replace it entirely. The problem with that approach is the wreckage it leaves behind; if you’ve ever collected a pitted scar after a nasty breakout, you have trigger-happy MMPs to thank. 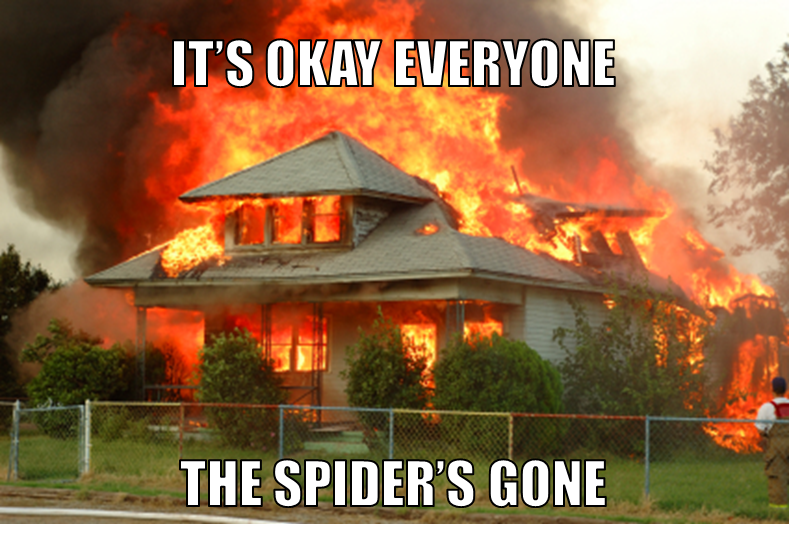 Those face craters are caused by MMPs essentially digesting the nearby tissues, including the ones that make up the walls of your pores. And the surface of your skin.

Now think about them not having a specific target (i.e. a P. acnes bacterial colony partying in a zit) and applying their indiscriminate methods to the live layers of your skin: elastin, collagen, and all. Ta-da: aging.

Short answer: lots of stuff. Acute inflammation is caused by a direct injury, like a cut, burn, contact irritation, invading bacteria and viruses, the ol’ slamming your hand in the car door, etc. Anything that has a localized trigger where the inflammatory response is restricted to the site of the injury.

Causes of chronic inflammation are less immediate, but one well-known culprit is free radicals. If you’re not familiar with them past “heyoo there’s that buzzword again,” here’s the quick and dirty version.

Free radicals are unstable molecules which have lost one of their electrons, leaving them bereft and mad as hell. They careen around your cells, flipping tables, smashing glasses, and alternating between drunkenly singing angsty Alanis Morissette songs and trying to steal other molecules’ electron baes — sometimes violently. Predictably, this can set off a chain reaction not unlike a bar brawl, which is just as damaging for your poor bartending cells who are just trying to make a living.

How do free radicals lose their electrons loves in the first place? UV exposure, exposure to harmful chemicals (i.e. pollution, environmental exposure, cigarette smoke), stress, a poor diet, and even natural aging processes like AGEs (we’ll talk about them later).

You might not be receiving a direct injury like a cut or an infection, but free radicals are damaging your cells and tissues “directly via oxidative degradation of essential cellular components as well as injur[ing] cells indirectly by altering the protease/antiprotease balance that normally exists within the tissue interstitium” according to the 1996 study “Inflammation, Free Radicals, and Antioxidants” published in Nutrition. Translation: It not only wrecks parts of your cell but it unbalances the chemical processes in the cell so the cell carries on wrecking itself afterwards.

Inflammation is the body’s response to being told that there is an injury, but when free radicals are out of control, they’re essentially injuring the body on a cellular level. Free radicals aren’t just caused by external triggers like UV radiation, pollution, etc.; they’re also naturally produced by your cells. Normally your body also produces antioxidants who soothe a free radical’s broken heart by introducing them to their single hot cousin electron looking for love. Once the free radical is dating again, it’s stable and happy and no longer destructive.

Unfortunately, the modern environment in which we live bombards us with free radical triggers that outstrip our body’s natural antioxidant production. I care about my health and want to take care of my skin, but I’m not about to give up grilled meat or mojitos. Or sugar, even though I know that speeds the aging process of cells and invites free radicals to party through the development of AGEs in my cells.

I’m guessing whoever came up with the term for AGEs had a flair for acronyms, or if it was coincidental, possibly ran out of their office, high-fiving startled interns and colleagues. Advanced Glycation End-Products cause visible signs of aging (seriously, can’t be coincidental or they’d be called AGEPs, eh?) through a process of wrecking your collagen and elastin.

Collagen keeps your skin structure firm, and elastin keeps it, well, elastic. When they degrade, you get sagging, loss of elasticity, and wrinkles. One of the ways they can be compromised is by having a wild hookup with a ne’er-do-well sugardaddy (a roving glucose, fructose, or galactose molecule) they met in your bloodstream, which probably seemed like a good idea at the time but they wake up bedraggled, too hungover to function, and wearing a wedding ring they don’t recognize.

Except this hangover and the ring never go away; once proteins (collagen, elastin, etc.) have tangled with sugar molecules, they’re no longer sexy, free, and single and ready to keep doing their day jobs. They’ve now fused with the sugar molecule and become an Advanced Glycation End-Product, and they pile up in the corners of your cells and refuse to work, pay rent, or leave.

Have you heard of the Maillard reaction? Maybe during an episode of a cooking show or while googling how to make a perfect crust on your steak? It’s not just a cooking term; think about this delicious-sounding quote from Serious Eats:

The Maillard reaction is many small, simultaneous chemical reactions that occur when proteins and sugars in and on your food are transformed by heat, producing new flavors, aromas, and colors.

Mmm. Except now think about those same chemical reactions occuring in your skin. How does it impact inflammation? Glycation brings free radicals to the yard, and we already know the inflammation troops are standing by for the moment the beer mugs start smashing against the bartop and the off-key chorus of “You Oughta Know” starts.

There are some interesting studies out there suggesting that the conventional belief that acne causes inflammation, full stop, isn’t quite accurate. There’s no denying that a breakout has a whole Napoleonic-scale war going on at a molecular level, because you can see (and feel!) the tangible effects of inflammation on your face. Previously, the process has always been understood as: follicle (aka pore) is blocked >> bacteria and debris build up in the follicle >> body dispatches the hit squad to quarantine the area >> inflamed breakout erupts as the battle is waged.

What’s interesting is the impact that inflammation may have on uninvolved pores (aka follicles) who are minding their own business in the next town over. Increased levels of inflammation in nearby tissues may incite otherwise normal bystander pores to throw their own acne tantrum.

So what can you do to beat inflammation?

You might be thinking “OK, I’m sold, inflammation is melting my face, and I’m baiting free radicals every time I wash down a hotdog with a beer at the beach. So how do I fix it?” And the short answer is … I don’t know. It appears that even scientists aren’t quite sure either, because while the consensus seems to be that antioxidants are the key to neutralizing destructive free radicals, studies measuring the impact antioxidant supplements have on preventing cancer (a common result of the free radical bar brawl) haven’t borne fruit, such as this one.

Obviously free radicals aren’t a 1:1 equivalent to cancer, and a study on the failure to prevent cancer specifically by taking antioxidant supplements doesn’t mean that antioxidant-rich diets aren’t going to help reduce the inflammation levels in your body. It also doesn’t mean that applying topical antioxidants won’t help with the inflammation in your skin. The studies with limited success are measuring high-dose vitamin supplements, which gets into a whole other argument about bioavailability of vitamins, absorption levels, sources, etc.

So eat your dark, leafy greens, your brightly colored fruits and veggies, and slap on a vitamin C serum, but don’t skip your sunscreen, drink yourself into a stupor daily, or live off a diet of fried foods and ice cream. (There goes my summer plans.) 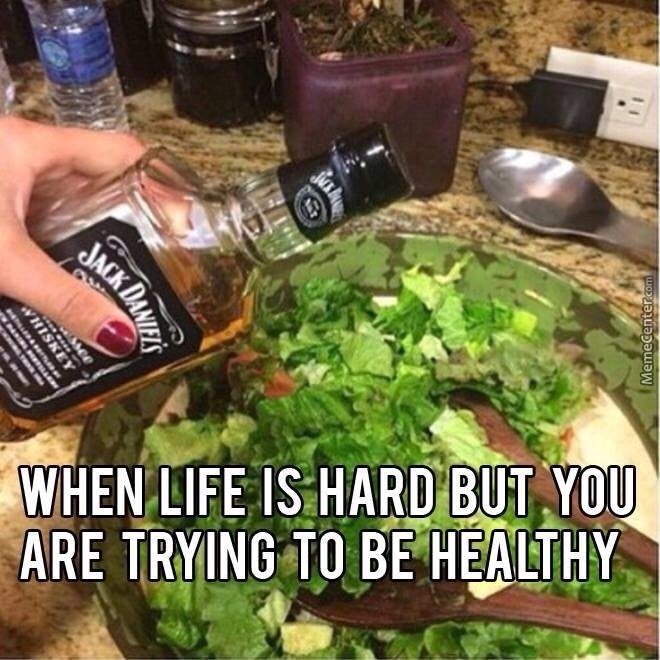 There are lots of antioxidants out there (like green tea, ginger, ginseng, and many other herbs and spices) that may help with battling the underlying causes of inflammation. There may be a link between heat and inflammation, which is the perfect excuse to indulge in cooling mists and sheet masks all summer.

If you’re looking for more urgent anti-inflammatory action, i.e. some wild P. acnes bacteria on a bender has driven a truck through the window of your bar and now your brawling patrons are running around on fire and spilling out into the street, you have some heavy hitter options in the form of acids. Check out Skincare Acids: Pretty Much Everything Your Brain Can Handle About AHA, BHA, & Vitamin C for a primer on acids and their skincare benefits, including anti-inflammation.

Personally, I find that  “whitening”-type sheet masks often have a soothing, anti-inflammatory effect on my skin. I suspect these masks are chock-full of anti-inflammatory ingredients to achieve a temporarily “whitening” (aka brightening-not-bleaching) effect by reducing the redness associated with inflammation.

I keep a stash of sheet masks in my refrigerator drawer for a quick cooldown of a flushed, red face on a sweltering summer day. I don’t know if it helps with the deeper causes and effects of inflammation in the skin, but it definitely lowers my stress levels!

What are some of your favorite ways to get your antioxidants? Do you incorporate anti-inflammatory products in your routine? Let’s share in the comments below!