Antioxidants in Skincare: Which Ones Are the Best For Your Anti-Aging Regimen 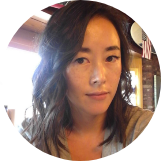 There’s a lot of buzz around antioxidants, but do you know exactly which ones are the best, the most studied, the most reliable? After all, not all antioxidants are created equal. Here, we break down the best antioxidants in skincare and which ones might work for you.

Antioxidants in skincare are all the rage, and for good reason. As we discussed in our deep dive into astaxanthin, antioxidants play a vital role in protecting skin from free radicals and reactive oxygen species (ROS).

Generated in response to environmental factors like UV exposure (especially UV exposure), free radicals and ROS steal electrons from the cells around them. This causes damage to cells and DNA, accelerating the visible aging process and increasing the risk of cancer. Antioxidants donate electrons to the free radicals and ROS instead, neutralizing them before they can harm your cells. Antioxidants occur naturally in skin but deplete with free radical exposure. It makes sense to replenish them topically wherever you can.

Most of the antioxidants in skincare have additional benefits beyond neutralizing free radicals. Let’s take a look at some of the best to find which ones are right for you!

Let's start with arguably the most powerfully transformative of the topical antioxidants, vitamin A!

Compared to many of the other topical antioxidants in this list, vitamin A and its derivatives, known as retinoids, are not particularly well discussed as antioxidants. If you're looking for a protective ingredient specifically to scavenge free radicals and provide defense against oxidative damage, vitamin A will not be a first choice. But retinoids make up for this weakness in other ways.

Retinoids are exceptionally powerful anti-aging ingredients. They enter cells and modulate gene expression, essentially forcing faster and more optimal skin regeneration. What that means is healthier and more youthful looking skin over time. Retinoids have also been shown to reduce pigmentation, making them a strong ally in the fight against dark spots.

One caution to keep in mind when using retinoids is that they are photosensitizing. The fresher and newer skin that retinoids reveal is more susceptible to damage from UV exposure, so keep your skin protected with a high SPF, high PA sunscreen while you're using these strong actives!

Retinoids vary in strength, with tretinoin and isotretinoin being the most potent and, in the U.S., available by prescription only.

Moving down the alphabet, we come to vitamin B and its commonly seen derivative, niacinamide.

Niacinamide is often seen in products marketed for brightening, and for good reason. A relatively large body of research, including double-blind, placebo-controlled studies like this one, demonstrates its effectiveness at calming inflammation and blotchiness, fading hyperpigmentation, and reducing sallow tones in skin. Other research suggests that niacinamide can improve the appearance of pores as well as reduce the appearance of wrinkles over time. Niacinamide may also increase skin elasticity and control sebum production!

Current research suggests that the optimal concentration of niacinamide in a topical formulation is 5%.

So we’ve seen two antioxidants with impressive additional effects but not especially notable antioxidant effects. How about an antioxidant ingredient with both? Vitamin C and its derivatives provide protection against UV and free radical damage, making them a great supplement to your usual sunscreen regimen, but that’s not all. By promoting collagen synthesis, topical vitamin C use can result in firmer, smoother, and plumper skin over time. Topical vitamin C also inhibits melanin production to reduce dark spots caused by acne or sun damage.

It’s important to note that there are many vitamin C derivatives available for cosmetic use, some more supported by research than others, and some with slightly different effects than others. Ascorbic acid and its acid form, L-ascorbic acid, are by far the most well-studied and well-supported for anti-aging and pigmentation lightening effects. Unfortunately, ascorbic acid and L-ascorbic acid are also notoriously unstable. They require a low pH for optimal effectiveness and oxidize easily. The best L-ascorbic acid products are stabilized with vitamin E and ferulic acid and come in dark, opaque packaging that protects from light.

Our skin's own vitamin E content forms a naturally occurring defense against free radicals, and plenty of topical vitamin E products exist to help replenish our stores. But while useful, vitamin E has fallen out of favor as a primary defense lately: It can be a useful antioxidant but isn’t ideal, since it’s rapidly depleted and tends to work best in combination with other antioxidants, like vitamin C.

Vitamin E has moisturizing effects, but many people find that significant concentrations of vitamin E can clog pores, cause breakouts, and irritate skin.

As a K-beauty fan, you’ve no doubt seen about a million different green tea products, and for good reason. Green tea is among the most studied "natural" skincare ingredients. The polyphenols in green tea show powerful antioxidant and photoprotective action. They may be more potent than vitamin C or E, according to one study. Green tea has also been demonstrated to have anti-inflammatory effects, making it a promising soothing ingredient.

As with any other skincare ingredient, green tea’s effectiveness is dose-dependent, and there's little to no way of knowing the purity or concentration of green tea extract in a commercial product. Concentrations generally aren’t disclosed, and extract potency almost never is. Still, the research is positive enough to make green tea an attractive supplementary ingredient in an antioxidant-packed skincare routine.

A polyphenol antioxidant commonly found in red wine, resveratrol has also enjoyed popularity in K-beauty skincare. It's also found in the roots of Polygonum cuspidatum, an ingredient used in Chinese and Japanese herbal medicine (and Korean hanbang skincare). A powerful antioxidant, resveratrol is known to exhibit "dual antioxidant capacity" by both directly neutralizing free radicals before they can damage skin, and by encouraging skin to produce its own naturally occurring antioxidants.

Because of its dual antioxidant capacity, resveratrol shows promise as a preventative anti-aging ingredient. It has also been shown to inhibit melanin production, giving it potential against hyperpigmentation.

One key disadvantage of resveratrol is that it breaks down quickly in sunlight, so use resveratrol-containing products either at night or under sunscreen during the day. Also note that since resveratrol is poorly water soluble, it’s often found in products in very low (<1%) concentrations, so don’t rely on it as your sole antioxidant defense. Like most other topical antioxidants, resveratrol is best used as one of many nutrients for your skin.

We covered astaxanthin in more detail in my previous article on the ingredient. Here’s the rundown:

Often said to be far more potent than other antioxidants due to its unusual molecular structure, astaxanthin has been shown to be particularly good at neutralizing a type of free radical that decreases collagen in skin. The implications for anti-aging are clear, since much visible aging results from the breakdown of collagen.

Other studies have demonstrated astaxathin's ability to reduce wrinkles and age spots as well as improve skin texture and moisture retention, especially when paired with ingested astaxanthin.

Unfortunately, astaxanthin shares some drawbacks with vitamin C. It's highly sensitive to heat and light and oxidizes easily. It's also difficult to disperse in a product and deliver to skin effectively. Liposomal astaxanthin is best.

In the right formulation, astaxanthin may be the most promising of the "natural" antioxidants for anti-aging.

Antioxidants are everywhere in skincare, and considering the damage that free radicals can do to skin, those of us who want to maintain the appearance of our skin should get as many antioxidants onto it as we can. But not all antioxidants are created equal. Actives like retinoids and vitamin C come with larger bodies of research into their benefits and optimal concentrations and formulations, and they’re manufactured for consistent potency. “Natural” antioxidants like green tea, resveratrol, and astaxanthin show great potential but with less research and typically less transparency around concentration and extract potency.

As a longtime user of both types of antioxidants, I believe the best use is a mix of the two. I consider the “natural” flavors of antioxidants supplements to my actives — it’s why you’ll always see plenty of extracts in my skincare routine right alongside my tretinoin and vitamin C. Which antioxidants you focus on will depend on your skin’s needs, but for best results, aim to give your skin a balanced and varied diet!