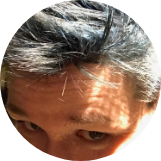 It’s no secret that skincare is my first Korean love. I got to Beautytap on a wave of self-care and hydrating products. I’d heard of K-pop and K-dramas, but they’d never interested me … until now. There are just too many references to celebrities on these here K-beauty pages for me to think my life is fine without them.

So I asked the beauty team for some Korean drama recommendations. So far I’ve inhaled Sky Castle and watched eight episodes (and counting!) of Moonlight Drawn by Clouds. On my list to try next are Kill Me Heal Me, Queen Seondeok, Oh My Ghostess, Signal, City Hunter, and My Love from Another Star.

As you might infer from those titles, K-dramas cover a lot of ground. There are love stories, palace intrigues, crime, action, fantasy, and probably things I haven’t thought of. But they seem to have a few things in common:

I did not expect to get sucked into these shows, but the K-drama phenomenon is real, y’all. I am all in. My favorite nighttime activity these days (I mean, after that, har har) is settling into a cozy couch with a K-drama on my laptop and doing a leisurely skincare routine. There’s nothing quite so delicious as tapping in that post-sheet mask essence while gasping at the audacity of the Crown Prince.

K-dramas, we have a problem

Before I get into the two shows, let me put on the table the one glaring problem I’ve seen in both shows so far: the fat shaming. It’s unacceptable. Both shows have had at least one character who is fat, and that character has been portrayed as both unbeautiful and ridiculous. I’m pretty sure there’s going to be a redemption arc for one of them in which she loses weight. I’m not really okay with that at all.

I’m hoping it’s a coincidence, and the idea that only slim, pale women are attractive isn’t actually pervasive in the genre. I’m a little afraid it is not a coincidence. You who are more familiar with K-dramas, can you give me hope? If fat shaming has been a major theme in the past, is it at least getting better? Because if it isn’t, I’m gonna have to write a script where a beautiful fat lady falls in love and also is amazing and cute and funny and brilliant. And I don’t know how to write a script, so I really hope it’s getting better.

Sky Castle knocked my socks off. It’s set in the present, which puts it in the contemporary category (as opposed to sageuk, or historical). The internet describes its genres as “satire” and “black comedy.” I spent equal measures of time laughing and gasping in horror. I stayed up too late watching it and got up extra early to sneak in another episode. It’s that good.

The title refers to an actual castle where several absurdly wealthy families live, socialize, and conspire to get their children accepted into the best schools. The aesthetic is sleek and dark: the mothers in particular are groomed, suited, and pearled at all times. (This is not at all my style and yet I suddenly found myself wanting to own pearls.) When a new family arrives with flyaway hair and genuine affection for each other and plants all over the house, they stand out as if they’d farted in the presence of the Queen.

This being my first contemporary K-drama, it’s the first time I’ve seen K-beauty skincare practices on the screen. I practically squeaked when Jin Jin Hee came out in her robe and a sheet mask. When she took off the sheet mask and dabbed in the essence with her fingers? I texted my husband.

HONEY! IT’S NOT JUST ME! HONEY LOOK! THE STARS DO IT! I DID NOT MAKE THIS UP!

(He thinks dabbing is an adorable habit I have personally invented.)

Of course, Jin Jin Hee is the character who borders on a caricature of Rich Korean Lady with Too Much Time on Her Hands. I assume everything she uses is maximum fancy (and well out of my price range). Toward the end of the series she walks into a shop and imperiously tells a saleslady her hands are dry, then allows the lady to apply some sort of potion to them as if it’s an honor akin to kissing a ring.

Still, I love this embedding of skincare into the show. I love the unabashed self-respect with which characters take care of themselves. (Sidebar: also I want all their teacups and teapots and knowledge related to tea.) And of course, even the characters who probably don’t have time for dabbing (like that marvelous gardener mom with dirt under her fingernails) have smooth, glowing skin.

Oh, and have I mentioned there’s murder?

You’ve got to see this show.

Moonlight Drawn by Clouds (Love in the Moonlight)

(The English title is Love in the Moonlight, but the Korean one is much more poetic so that’s the one I’m using.)

This one is a sageuk, or historical Korean drama. It’s set during the 19th-century Joseon Dynasty (which might ring a bell if you’ve ever used Beauty of Joseon Cream … an absolutely fabulous (if over-fragranced to my nose) final step in a hydrate-and-lock-it-in skincare routine). The main characters include members of the royal family, childhood friends of the prince, palace servants, and people from the town.

Despite being set a few hundred years ago, there’s a modern feel to the show. The main female character, Hong Ra On, is disguised as a man for at least the first eight episodes: first as an outgoing, independent town kid, then as a servant eunuch in the palace. Naturally she is a small, fine-boned beautiful “man” and becomes the object of several people’s desire. Even though it isn’t straightforward queer representation, all the moments where “he” turns suddenly and bumps into the chest of a tall, handsome man, then looks slowly up into his eyes, are enough to please my gender-bendy heart.

There are also a lot of haughty smirks and wrist grabs and playful power trips. If you’re into that sort of thing, there might be something for you here. Ahem.

Even though the skincare practices in this show are radically different from mine, skin condition is clearly important to the characters in the palace. I haven’t yet seen a sheet mask (or its 19th century equivalent), but there was a marvelous mean joke played by a man with a parasol whose punchline was that his perfect face must be protected from the sun. There’s also some sort of paralyze-the-facial-muscles-to-get-rid-of-wrinkles treatment that involves tiny needles dipped in something the needler calls “the helpful poison.”

Moonlight Drawn by Clouds seems to use skin condition a bit to differentiate between the rich and the poor. Some of the minor characters from town have notably darker and more lined faces than the palace characters. This doesn’t apply to our heroine, of course: she’s pale and smooth despite having grown up poor. But then, she’s our heroine.

Like I said, I haven’t finished this one. I’m pretty sure there will be more rebellion and war and action in the second half of the series than there was in the first. If it’s anything like what I’ve seen so far, I’ll have a difficult time tearing myself away long enough to write about it.

There’s a reason K-dramas are so popular. They’re really fun. I find I resent the time I have to spend doing other things, like (oh, say) working and studying and washing dishes, because I just want to finish the series. And then I want to start another.

I’m not yet conversant enough with the genre to talk much about celebrities — except Park Bo Gum, the actor in charge of wrist grabbing in Moonlight Drawn by Clouds. But I do know some things the stars have in common. High on the list is perfect, glowing, pale skin. And yet somehow, even while I consume hours of this, I don’t feel bad about my imperfect, lined skin at all.

There’s something warm about these dramas. The (sympathetic) characters love and like each other. They have quirky smiles. They’re fallible and funny and kind. You get the sense it would be fun to be their friend. Even while they tilt their smooth cheeks to maximize the light captured by the camera, light my own cheeks would never reflect, I have the feeling they are inviting me to be exactly myself in their presence.

Now if you’ll excuse me, I have to go find out what happened to the rebel leader.

Are you a Korean drama newbie or a veteran? What’s your favorite so far? What should I watch next?

Jane takes a relaxed approach to beauty. Snail slime? Yes. Horse oil? Sure. Honey, flowers, and herbs? Bring ‘em on — but one artificial smell and she is OUT. She loves her wrinkles and the sun but has finally conceded that sunscreen’s a good idea. If you ever can’t find her, start your search at the coziest place you can think of. She’s probably there under a blanket with a book.