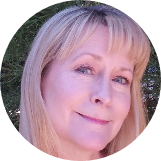 Today we honor and reflect on the life, legacy and teachings of Dr. Martin Luther King Jr. We at Beautytap encourage our colleagues and friends to celebrate this national day of service by helping and respecting others today and everyday.

Like millions of people, the Reverend Doctor Martin Luther King Jr. has inspired me my entire adult life. As a graduate student in creative writing, I was enthralled by the way his powerful poetic cadence elevated his message. As an orator, he is beyond compare, and to this very day his words evoke imaginings of my great grandfather’s vocation as a West Virginia preacher. 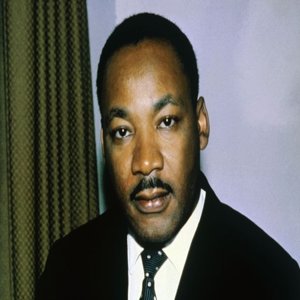 Much has transpired in the near 40 years since nationwide observances began in 1986, but King’s speech in Oslo, Norway accepting the Nobel Prize for Peace in 1964 – when equality was and still is hardly realized – remains a touchstone for how to make Monday, January 17, 2022 an introspective and actionable day devoted to the American civil rights leader and his messages of peace, justice and racial equality.

Without fail, newspapers and social media will broadcast quotations from Dr. King’s immortal ‘I Have a Dream’ speech, and rightfully so, but as we pause from our labors and daily toils to prepare for a day of reflection, compassion, and service, the following passages from King’s other hard-hitting, truth-laden orations may be exactly the catalyst we need to remind the world that global equality remains a reality worth vigorously pursuing.

Turn on the radio or television, and you’ll witness firsthand the lack of equality around the world and right here at home. But what does King mean by “[making] a career of humanity?” It doesn’t mean changing your employment trajectory by pursuing a specific kind of job. He’s instructing us to recognize that “humanity” is a collective term, and if we recognize ourselves in a collective way, we’ll make decisions that support the whole by respecting the individuals that comprise it. Who wouldn’t want to be a “better person” in a “greater nation” in a “finer world?” These are universal dreams that are easier to attain by recognizing them in their entirety, not in segmented, dissenting factions.

Did you catch that? The “audacity to believe.” This year, consider dedicating this thought-provoking day to one area outlined in his profound statement above. Help feed your neighbors or others in need. Read something compassionate and uplifting and share what you learn with your children, students, family, or friends. Tell the stories of your culture or share your love of music, art, dance, or beauty with someone outside your usual circle.

And listen – really listen – to those who trust and respect you enough to reveal what they’re struggling with or striving for with a heart that’s open and receptive to compassion and change. And then, remember and honor it, always.